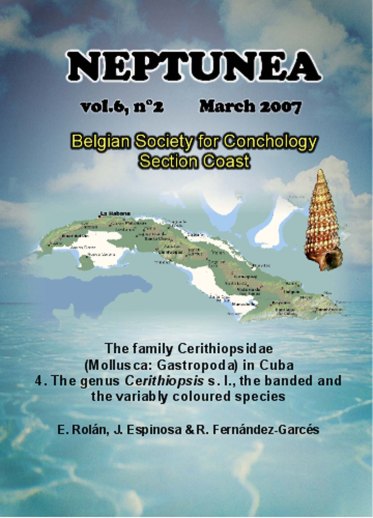 Seventeen species of the genus Cerithiopsis s. l. from Cuba, all of them with a banded teleoconch in brown and white or with a variable colour, are studied. Nine species were previously known, but a positive identification remained impossible for one of them. Six species are described as new to science and two more are not named due to the limited amount of material available. Lectotypes for C. ara and C. io are designated. The morphology of the shell and the protoconch of all of them are discussed and an identification key for all the species is given. The morphological differences are shown in a table. A list of all the taxa included in Cerithiopsis in some works and originating from the Caribbean and nearby areas is given, likewise showing their actual taxonomic value and synonyms. An addendum to the study on brown shells with new information on other species previously mentioned in other works is presented at the end, and a further new species is described.